Home » Main Cultural Attractions in Athens that Need to be in your Bucket List! 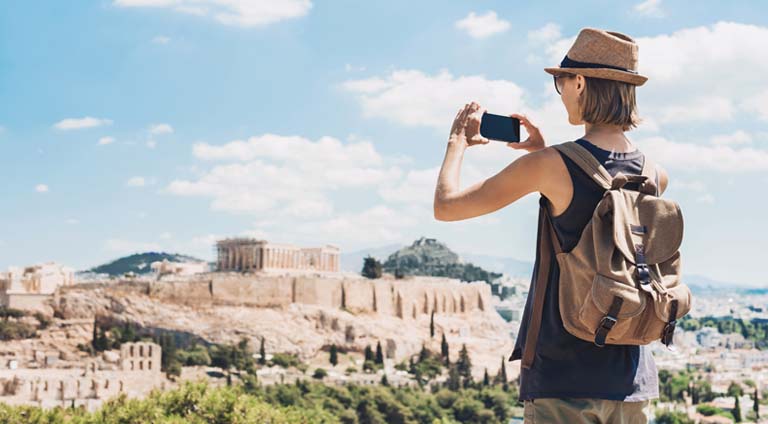 Athens, the capital and largest city of Greece, is known for its rich history and its marvelous landmarks!

When planning your journey to Athens, you should take into consideration the number of destinations and monuments you should stop by. Since Athens is one of the world’s oldest cities, it is home to some of the most fascinating museums.

Here are some cultural sites you need to visit while in Athens:

The Acropolis Museum has appeared many times on lists of the world’s top 10 museums for its artifacts and design. This museum was completed and opened in 2009, in order to replace the old one that had operated next to the Parthenon since the 19th century.

The new Acropolis Museum is home to the most important artefacts found on the “sacred rock”, to the rare pieces dating from the Mycenaean Era to the Roman and early Christian ages. To preserve its numerous relics, the museum relies on natural light, giving its exhibits a unique glow.

The Odeon of Herodes Atticus, built by the wealthy public benefactor Herodes Atticus as a memorial to his wife Regilla, is one of the world’s oldest theatres that contains 4 500 seats.

In 1950, this theatre was fully restored, and is now considered now as the primary venue of the annual Athens Festival. Many outdoor performances, Greek and international, take place every year under the Athenian sky. Performers such as the ballerina Margot Fonteyn, the diva Maria Callas, and the singer Liza Minnelli have been on this stage.

The National Gallery of Art in Athens is the nation’s most important art gallery. It was founded in the mid-1960s, and began major renovations in 2013 to upgrade its size.

The institutional role of the National Gallery is to collect, preserve, study and exhibit works of art; it holds 20,000 works (painting, sculptures…), as well as pieces from international greats such as Auguste Rodin, Francisco Goya…

The Gallery is now aiming to expand its educational role and activity throughout Greece (musical events and book publishing), and contains the largest single collection of Greek modern art and sculpture, dating from the post-Byzantine era to the present.

Stavros Niarchos Foundation Cultural Centre is a public space open for everyone, where every individual has free access and has the right to participate in a multitude of cultural, educational, athletic, environmental, and recreational events.

The Cultural Center, supervised by the Greek Ministry of Finance, includes the Greek National Opera, the National Library of Greece, and the Stavros Niarchos Park; one of the largest green areas in Athens. SNFCC’s program includes various activities like music, dance, cinema, theater and performing arts…

With its rich history, delicious cuisine, and countless monuments, Athens was and will always be a fascinating destination for each person looking for a getaway. As such, there are numerous distinct things dating from antiquity you must explore when visiting this Mediterranean country!

Estia Developments, prime real estate developer, is the builder of the lifestyle that matches everyone’s needs and requirements!