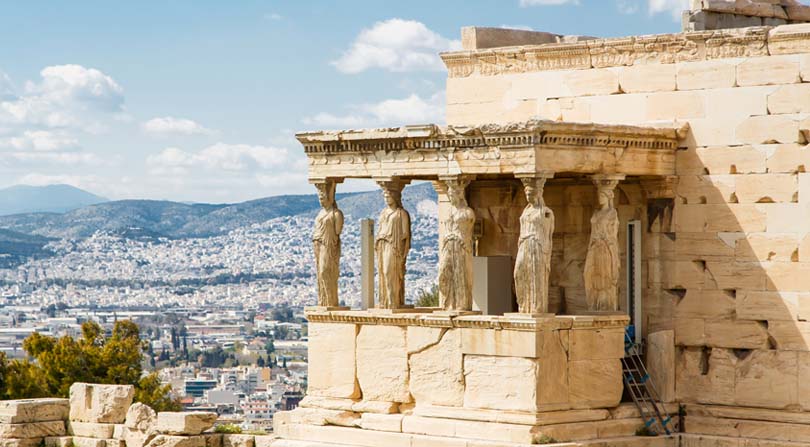 Ancient Greece’s architecture has always had an important impact on the country’s culture and continues to influence modern architects to this day. Many of the basic elements of Greek architecture have had an influence on most styles such as modern as well as neoclassical design and architecture. Over time, people of all cultures have developed, utilized, or modified technologies to better serve their needs, whether due to their geographical location, beliefs and values. And with the technological advancements integrating itself into modern design, most architectural structures pay homage to their ancestor, the Ancient Greek architecture.

Greece’s architecture has seen major changes throughout its history. From small rural farming communities, they inhabited during the Dark ages to the classical temple like structures, Greek architecture has come a long way to become the one we know today. The temple, which the Greeks referred to as “residences,” is the most recognizable “Greek” creation. The first temples were constructed to honor divinities and were composed of materials such as wood and mud brick. Over time, as the basic form remained unchanged, Greek architecture began to make the move from ephemeral materials to more permanent materials.

As architecture and design are greatly influenced by culture and history, Greece’s history has caused an important shift in the structure and designs we see today. The styles and architectural structures seen in modern Greece are a combination of the traditional Greek architecture, elements and motives mixed in with the western European movements and styles. Greek architecture was characterized by simplicity and proportion, which went on to influence Roman architects and is still a focus to this day. Many buildings nowadays include columns, friezes, pediments and proportional designs, all of which are the elements that gave the ancient Greek style its distinguished character.

With technology becoming more and more prominent in our lives, Greece has implemented sustainable drifts into their architecture. Reflected in their building’s materials and construction methods, Greece has taken significant strides to being environmentally friendly in implementing innovation in their constructions. Meant to introduce the residents of Athens to the organic living lifestyle, buildings with modern sustainable architecture, structures as well as well-chosen innovative and sustainable materials have infiltrated the Greek neighborhoods. Embodying an organic lifestyle is a choice that supports the use of natural approaches in construction and promotes sustainable development. It is a way of life dedicated to making more informed decisions that affect your health and the environment you live in.

Architectural history and design have the power to bring divergent civilizations together across distance and time, and the legacy of architectural forms developed by the Ancient Greeks is no exception. With the emergence of sustainable architecture, Greece has made it a priority to innovate their technology while keeping their structural and cultural roots intact and keeping a part of their history in their architecture. In recent years, Real estate properties have turned to sustainable architecture to play their part in minimizing carbon emission. Wanting to have a positive impact on the environment, Estia Developments have confided into implementing more sustainable architecture and designs to their projects.